February 23, 2015
The Robert Smith that springs to a lot of people's minds when the words 'The Cure' are mentioned is probably this chap.... 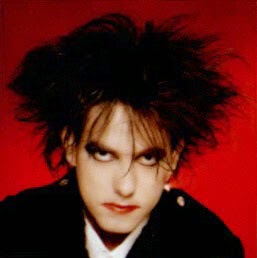 Being the blog of the RCSI Heritage Collections you can imagine that the lead singer of the 1980s gothic rock band is not who pops into our minds. Instead the man being referred to here is Robert William Smith, FRCSI. A surgeon so revered that his obituary from The Lancet on 8 November 1873 begins with the sentence

'Not Dublin only, but every medical school throughout the country has sustained a severe loss by the death of this able and highly accomplished pathologist'.

Robert William Smith was born in Dublin on 12 October 1807. His father died when Smith is still quite young but his mother, Isabella, went to great lengths to ensure her son's education. Smith began his medical studies in Trinity College Dublin graduating with a B.A in 1828 and an M.A in 1832. He continued his studies by being apprenticed to Richard Carmichael and working in the Richmond Hospital Schools and the House of Industry Hospitals.


On 6 July 1833 Smith received his Letter Testimonial from the College and in 1842 he received his M.D from Trinity College. He was elected a Fellow of the College in 1844 and finished his studies by receiving hi M.Chir in 1859.


Smith held a number of positions including Surgeon of the Talbot Dispensary, the House of Industry Hospitals and to Sir Patrick Dun's Hospital. In 1847 he was appointed the first Chair of Surgery in Trinity College which he held up to his death in 1873.


The publication Smith became internationally well known for was his Treatise on Fractures in the Vicinity of the Joints, and on Certain Forms of Accidents and Congenital Dislocations. This was brought out in 1847 and contained 200 illustrations.


Smith was a prolific author and published numerous articles that illustrated his accurate anatomical knowledge and his investigator skills. He was the principal founder of the Pathological Society in 1838 with Abraham Colles, William Stokes and Dominic Corrigan. He was appointed the society's first secretary, a post he held for 35 years. As a teacher Smith was much loved and respected by his students. He was so devoted to teaching that he practically abandoned his practise to give over all his time to his classes.


According to The Lancet Smith..

'..held many local appointments, and possessed a considerable share of distinctions in connexion with foreign seats of learning and scientific bodies.'

In 1873 Smith was elected Vice-President of the College but unfortunately he wasn't to see out his tenure. In July of that year he fell ill and on 28 October Robert William Smith died of liver disease.

So it can be said that not only was Robert Smith instrumental in 'The Cure' he also administered it.


- Researched and written by Meadhbh Murphy