In honour of Bloomsday this year, RCSI Heritage Collections looks at some of the intersections that can be mapped between the Royal College of Surgeons in Ireland, James Joyce and the history of medicine in Dublin 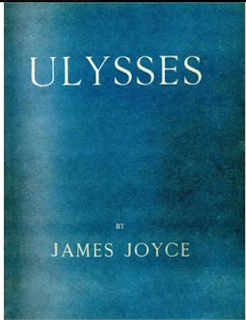 Ulysses by James Joyce
So, will you find RCSI in Ulysses? Yes you will yes... Seek a Joycean connection in Dublin and you shall likely find one. RCSI’s historic location with a campus spanning from 123 St. Stephen's Green, places it in the right setting. But the College's existence in the realm of Ulysses features more through its people than its locale. 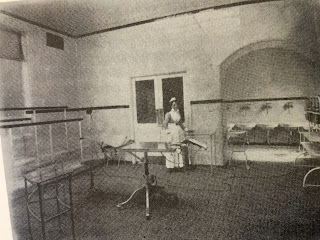 Mercer's operating theatre (1908) - 'The Quality of Mercer's', J.B. Lyons
In 1904, the year Ulysses takes place, the Mercer building on Mercer St. & Stephen St. Lwr. was operating as a hospital. Today, Mercer’s is part of the RCSI’s Dublin city campus and is home to RCSI Heritage Collections and to Mercer's Medical Centre. In May 1904, Mercer’s Hospital held an extravagant fundraising event that went down in the archives. Mirus Bazaar was a hugely popular fête which lasted one week and Joyce refers to it several times in Ulysses. In Lestrygonians, Leopold Bloom sees an ad for the Mirus Bazaar: "In aid of funds for Mercer's hospital", and recalls, "The Messiah was first given for that. Yes. Handel." (Ulysses) 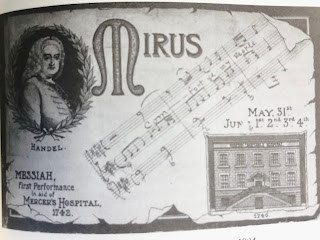 Programme for Mirus Bazaar 1904 - 'The Quality of Mercer's', J.B. Lyons
Bloom was correct- Handel first performed his oratorio in 1741 for the charitable concert and RCSI Heritage Collections holds materials from further charitable performances by the composer. Much has been made of the fact that in order to feature Mirus Bazaar, Joyce took the artistic licence to extend its dates to Bloomsday, the 16th of June.
While on the subject of Ulysses and the location of the College, you would be forgiven if something chimed in your head about the Royal College of Surgeons clock above the door on St. Stephen’s Green. You would, though, be recalling that image from Joyce’s Dubliners.
“He went as far as the clock of the College of Surgeons: it was on the stroke of ten. He set off briskly along the northern side of the Green, hurrying for fear Corley should return too soon.” (Dubliners) 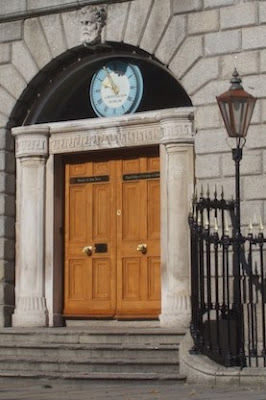 Clock above door of 123 St. Stephen's Green
Back to Ulysses and meandering through these same spaces and themes, we find Sir Charles Cameron.
"The annual dinner, you know. Boiled shirt affair. The lord mayor was there, Val Dillon it was, and Sir Charles Cameron and Dan Dawson spoke and there was music." (Ulysses)
By the time Sir Charles Cameron is name-dropped by the character Lenehan as having attended a dinner in Glencree Reformatory, he was already a distinguished and very public figure in Dublin and beyond. Any consideration of Victorian Dublin, its people and development, inevitably involves Sir Charles Cameron. With a varied career including Professor of Hygiene (Political Medicine) and later Professor of Chemistry & Physics at RCSI, Cameron had also served the city as Public Analyst and later Chief Medical Officer in charge of the Public Health Department. He was known for pioneering solutions in hygiene, sanitation and public health for Dublin’s poorest inhabitants.
Cameron was President of RCSI in 1885, and in 1886 he published his History of the Royal College of Surgeons in Ireland, and of the Irish Schools of Medicine, which serves as an invaluable source on the history of medicine in Dublin. At about 800 pages, it beats the first edition of Ulysses which has a page count of 730! 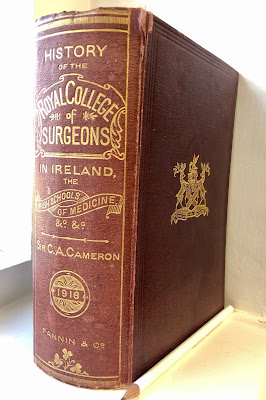 Cameron's History of RCSI, 1916 ed.
Cameron's own fascinating history is a must-read, wonderfully presented in a special exhibition by RCSI Heritage Collections.
Joycean scholars and medical professionals have written extensively on links with the writer, his works, medicine, health, mortality and the human condition. James Joyce briefly ventured down the path of studying medicine, following some college friends to Cecilia Street medical school for a stint (or Cecilia’s treat, as per Finnegan’s Wake). This experience, followed by another quick stint in the Sorbonne in Paris in 1902, and then generally palling around with medical men like Oliver St. John Gogarty, form the backdrop to the medical themes in his works. And of course, Joyce suffered from ill-health, as did members of his family, which surely informed his writings around health and doctors. 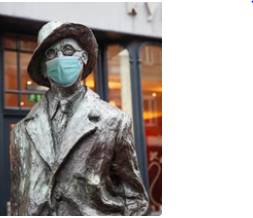 James Joyce statue, Dublin, in times of Covid
Our Bloomsday odyssey following these themes now loops us right back to RCSI and to Mercer’s, with the important contributions and perspectives of Professor JB Lyons- Joycean, doctor and medical historian.
Prof. Lyons became consultant physician at Mercer's Hospital in 1959. Among a great deal of other things apart from studying Joyce, he wrote medical history books and biographies, including of Oliver St. John Gogarty. In 1975 he was appointed Professor of the History of Medicine in RCSI.
Like Cameron before him, Lyons wrote extensively on the history of the Royal College of Surgeons in Ireland, as well as a history of Mercer Hospital.
On Ulysses, he wrote it “is divided into eighteen episodes each with its particular colour, art, organ and location. The art of the « Oxen of the Sun » episode is medicine, its colour white, its organ the womb and its location the maternity hospital where a Mrs. Purefoy is in labour. Her unusual name is borrowed — Joyce's little joke for local readers — from an ex-Master of the Rotunda Hospital, a rival institution, Dr. Richard Dancer Purefoy. Most of the other contemporary doctors mentioned are of Irish rather than general interest and few have historical relevance. Sir Charles Cameron (519), President of the Royal College of Surgeons in Ireland in 18 was author of its first official history”
Incidentally, the same Dr. Richard Dancer Purefoy was President of RCSI 1912-1914.

Irish Medical Times, 8 April 1988
In an obituary for JB Lyons in 2007, written by Prof. Davis Coakley in the Irish Journal of Medical Science, his legacy is upheld as a “highly respected Joycean scholar. His first substantial contribution in this area was the publication of James Joyce and Medicine in 1953. This was followed by several publications in learned journals and chapters in books about Joyce and in 1987 another book Thrust Syphilis Down to Hell and other Rejoyceana. He lectured extensively on Joyce and on medical history both at home and abroad. His work on the history of medicine was recognised in 1975 when he was appointed Professor of the History of Medicine in the Royal College of Surgeons in Ireland... His encyclopaedic knowledge, together with the skills of assistant librarian and archivist, Mary O’Doherty, has improved the quality and accuracy of numerous books and articles by various authors over the years”.
Undoubtedly, as with Ulysses, there are always more links to be explored, but for this Bloomsday, it seems fitting to acknowledge the above-mentioned contributions of RCSI Heritage Collections colleague Mary O’Doherty, Emeritus Heritage Librarian, and then leave you with this-
"Good puzzle would be to cross Dublin without passing a pub." (Ulysses)
If you decide to take the dry interpretation, as one computer programmer did, of Leopold Bloom’s puzzle and cross Dublin without passing a pub, you will need to walk past RCSI buildings on York Street, including the home to RCSI Library! 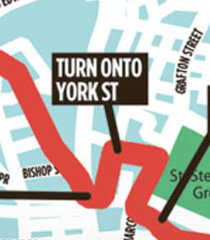